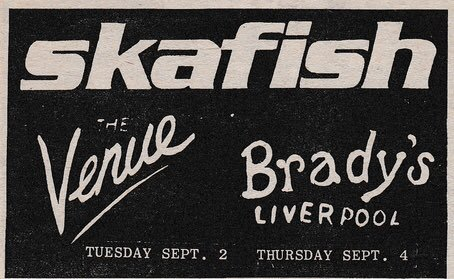 In support of Skafish (not listed on flyer above). Brady's was a rebranding of Eric's in Liverpool, which was shut down in March 1980, but reopened for a year starting Sept. 1981.

An article from a fanzine review of the show recently resurfaced.

Setlist from there was recorded as:

There was one other track, which was probably Ceremony.

In May 2020, there was a rumor that a soundboard version of this performance had surfaced.